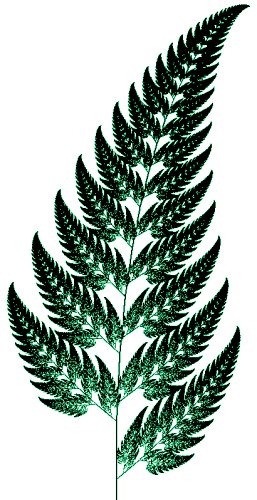 A fractal is an object whose properties remain invariant with changes in scale. Scale might mean spatial scale as in our context – neighbourhoods, districts, cities, regions and so on – or it might mean temporal scales – minutes, hours, days, years and so on. Scale can even be with respect to the detail at which different topics or sectors might be represented – land uses described at different levels of aggregation from the most specific type of use to the more general such as urban or non-urban. Such scale invariance is referred to as self-similarity: best seen as placing a microscope or telescope over an object and continuing to zoom in or out, thus displaying detail which is similar in appearance on every scale. In fact, due to heterogeneity (or noise) in the way such objects are generated, this similarity might be statistical in terms of averages for example.

Fractals have odd properties. In spatial terms, they are said to lie between the dimensions with a fractional dimension essentially due to the irregularities that occur between scales: coastlines are not line but weave in and out in terms of displacement from the straight line, terrain does the same but between the flat 2-D plane and its 3-D volume. This leads to infinite lengths but finite volumes and so on.  In this context, fractals associated with cities relate largely to their form or geometry – morphology – as Goethe first defined it. In this sense, morphology is the study of the interconnectedness or relations that define a pattern which in terms of cities, relate location and form to interaction, flows and flexes. We will thus define four aspects to our science of cities in terms of fractals. We will look at scaling, morphology, processes for generating fractals which are cellular automata in structure, and a specific example we have worked a lot on – city size frequency distributions which generally reflect scaling and hierarchy. Click on the icons below to launch individual pages on these topics.

However readers who wish to read a little more generally on fractals and cities should read the paper Generating Cities from the Bottom-Up: Using Complexity Theory for Effective Design which was first printed in an online Italian magazine Cluster in 2008, and there is a summary of some of these ideas on the Science Daily blog. 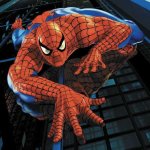 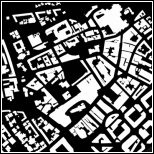 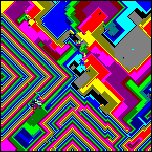 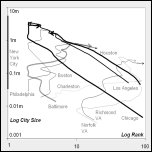