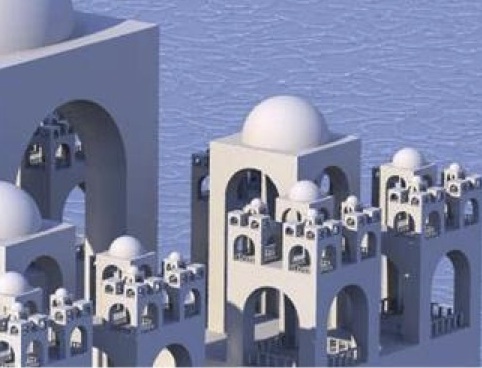 Goethe (1749-1832) is credited with the popularization of the term morphology. Although a man of letters, he was a polymath who explored scientific philosophy and biology whose work on transmutation and variation was closely bound up with the study of patterns and processes that give rise to form: in terms of internal and external relations that generate structure: i.e. ‘morphology’.

In our context here, we define the morphology of cities as ‘the study of the form of human settlements and the process of their formation and transformation’. This is the current Wikipedia definition and it suffices. Morphology in our terms is fractal with scaling, self-similarity and space-filling properties which can be characterized either as building and development forms or spaces between building or non-development. The picture above reminiscent of Escher and the design on the front cover of my book Cities and Complexity, but not Escher, provides an appropriate demonstration.

Below I will catalogue as many 2-d forms of cities as I can collect; and try to establish their space-filling properties.