Cities are essentially places where exchange takes place, and in large cities, exchange must take place in space for density limits the extent to which people can live close to one another. Transportation networks traditionally enable the exchange of material goods but information flows are increasingly complementing physical flows, while social relations take place through space and may involve both information and physical travel.

Networks are the containers through which such flows take place and their physical configuration represents ways in which such exchange is organized to fill the space taken up by those engaged in such exchange. There is thus a strong distinction in a science of cities between the physical and topological structure of networks and the flows that take place upon them. In the past, and indeed right to the present, a strong distinction exists between the study of cities as networks and the study of cities as flows. This we will explore in detail in these sections but to polarize this, it is worth noting that networks and flows in cities have only just begun to be studied in any depth. And to introduce the reader to this area, we refer you to one of our papers written some 9 years ago: CASA Working Paper 63: Network Geography: Relations, Interactions, Scaling and Spatial Processes in GIS.

There are now many books and articles on network science but less on flows, and not so many on spatial networks as yet. A good introduction to networks in geography is in the old but great book Network Analysis in Geography by Peter Haggett and  Richard Chorley first published in 1969 and a much more recent review paper called Spatial Networks has recently been published by Marc Barthelemy last year (2010). Both are required reading. 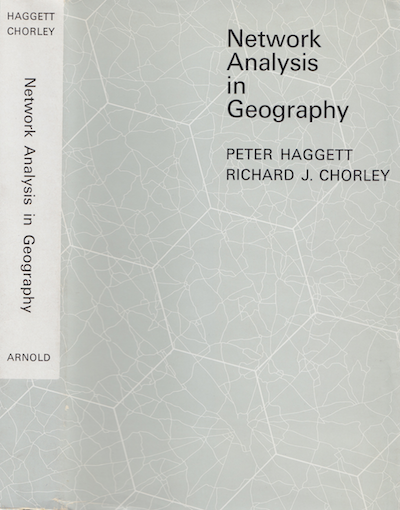 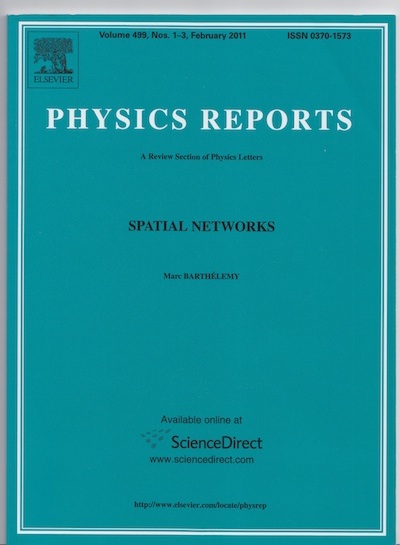